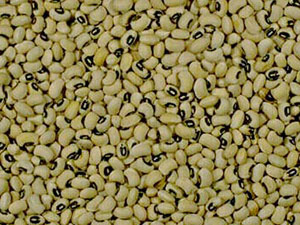 Southern peas are a group of vegetables that are actually part of the bean family. They were first cultivated in India and Africa, and were a staple of ancient Greek and Roman diets.

There are three types of Southern peas: crowder, cream, and black-eyed. Crowders have a robust flavor, cream peas are more mild, and the flavor of black-eyed peas is somewhere in between.

Like all legumes, Southern peas have the ability to fix atmospheric nitrogen, meaning they produce their own nitrogen, but they still require some fertilizer.

Plant your peas after all danger of frost has passed. Southern peas can survive drought but adding mulch will help the soil retain moisture.

Be sure to harvest your peas frequently to encourage continuous flowering and pod production.