Common names can be confusing, as many plants can be known by the same common name. But each botanical name is specific to one plant. 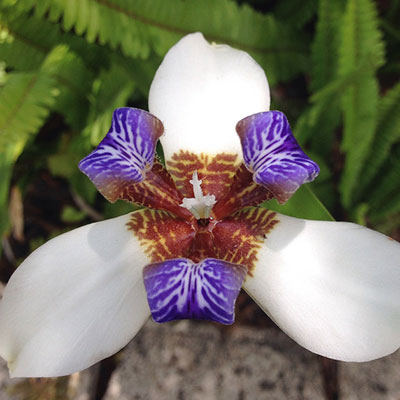 Most plants have at least two names: their common name and their Latin, or botanical, name. The botanical naming system was developed by Carl Linnaeus, an eighteenth-century Swedish botanist. Plants are given a first name, for their genus, and a second name, for their species. These use a mixture of Latin, Greek, and native words.

Botanical names can be difficult to pronounce, but there are numerous online sites where you can find phonetic spellings and even audio pronunciations. To get the plant you want, be sure to ask for it by its botanical name.

Sometimes the names that we use for plants can be somewhat misleading. For example, the name "sage" can actually refer to several distinct plants, including those in the genus Salvia.

In some cases, the name we commonly use for a plant is botanically incorrect. A sago palm isn't a palm at all, but instead is a cycad—a type of primitive plant that's been around since the time of the dinosaurs. Another example is the common houseplant known as Swedish ivy, which is neither from Sweden, nor is it an ivy. And sometimes, further research causes scientists to change names; several flowering trees (but not all of them) once known as Tabebuia are now in a new genus, Handroanthus.

When in doubt, you can always refer to a plant by its Latin name. This is generally a good way to ensure you're talking about the right plant. 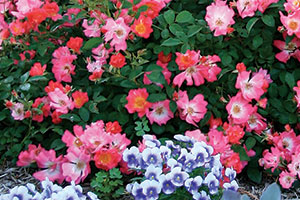 A single plant can go by many names, including its trademarked name. Knock Out™ roses and EncoreZ™ azaleas are good examples of plant trademarks that have gained widespread familiarity.

Put simply, a trademark is a name, word, or symbol that companies can apply to their product to help distinguish it from other similar products on the market. In written publications, trademarked plant names are followed by a small "TM" for "trademark" or a small "R" for "registered trademark."

Plant companies use punchy and descriptive names to catch people's attention. For example, if you hear about Endless Summer™ hydrangeas, you can guess that they'll keep blooming through the summer. The goal of this branding is to have gardeners remember their favorite plants and ask for them by name.

A trademark on a plant protects only the plant's name, not the plant cultivar itself, as with a patent. Unlike a patented plant, if you buy a trademarked plant, you can propagate it asexually by taking cuttings.

In a nutshell, a patent dictates that no one can asexually propagate a patented plant without the approval of the patent owner, for a period of twenty years. A patent legally prevents others from reproducing the protected plant variety by cuttings, tissue culture or any other method of asexual propagation without the written authorization or licensing of the patent holder.

But there's no regulation against using the plant in sexual reproduction. Meaning baby plants that grew from the seed or pollen from a patented variety are okay. 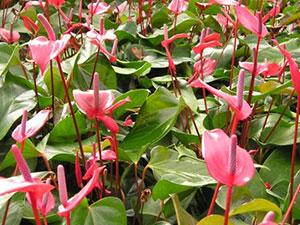 To determine if a plant is patented, look for a patent number on the tag, or PPAF (plant patent applied for) or PVR (plant variety rights) after the name of the cultivar.

Patents help ensure that plant breeders are fairly compensated for their discoveries. Nurseries that grow patented plants must pay royalties to the patent holder for each individual plant. Remember, plant patents are there to protect growers so that they can keep coming up with new and exciting plants for your garden.