Is This a Bulb?

The difference between bulbs, corms, rhizomes, and other bulb-like plants. 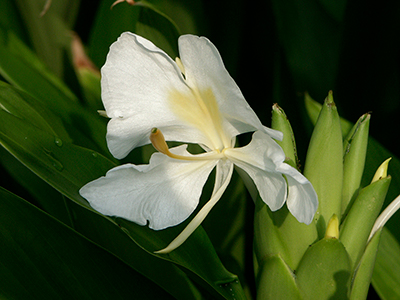 The term "bulb" typically refers to a specialized group of perennial plants that re-appear year after year. Technically speaking, a lot of the plants that people commonly refer to as bulbs aren’t actually bulbs—they’re corms, rhizomes, tubers, and tuberous roots. From a botanical perspective, it can be helpful to know the differences between them.

A true bulb is a compressed, underground stem that is sometimes called a basal plate. It has a modified flower bud or other growth point that is surrounded by modified, fleshy leaves that are referred to as scales. A well-known example is an onion.

Bulbs are often described as tunicate or non-tunicate based on their structure. A tunicate bulb has a papery, outer scale called a tunic that helps prevent it from drying out. Examples include onion, garlic, narcissus, and amaryllis. A non-tunicate bulb does not have a papery outer coating. Instead, it has outer scales that are succulent and separate, giving the bulb a scaly appearance. A common example is lily.

A corm is similar to a true bulb in that it is an enlarged, underground stem with a basal plate. However, the primary storage tissue is the stem itself rather than the modified leaf tissue. It is vertically oriented and has a terminal bud on top and axillary buds along the stem. Examples include crocosmia and gladiolus.

A tuber is similar to a corm in that it is an underground stem in which the stem tissue serves as the primary storage tissue, but it has no basal plate. A corm has many buds on its surface that are commonly referred to as "eyes." Potato, caladium, and oxalis are all tubers.

A rhizome is a modified, underground stem that is unique in that it grows horizontally through the soil. Examples include iris, canna, ginger, and bamboo.

A tuberous root is made up of enlarged, fleshy root tissue that acts as the primary storage tissue. It lacks nodes and internodes, and buds are present only at the crown or stem end of the root. Examples include sweet potato, cassava, and dahlia.

For more information about flowers, contact your county Extension office.