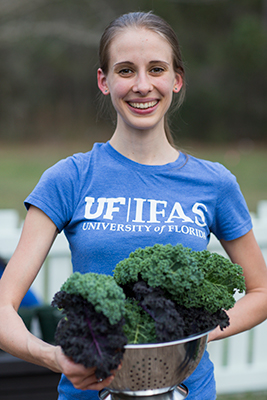 And the Genus Brassica

In Florida, winter is cole crop season: cabbages, Brussels sprouts, broccoli, and more! You may have also heard these plants referred to as "cruciferous vegetables." They are also called "brassicas." Different regions and professions use different names. Some are scientific but most are informal titles for varying lists of crops. There is plenty of confusion surrounding the cole crops.

Did you know that kale, collards, kohlrabi, cabbage, Brussels sprouts, broccoli, and cauliflower are all considered one species? It's true. Scientists refer to them by a single scientific name: Brassica oleracea (B. oleracea). The genus Brassica is where we get the informal name, "brassicas."

No matter which cole crop list you consult, most will be members of B. oleracea. Some lists include other Brassica, like turnips and mustards. Others include non-brassicas, like watercress.

This confusion is not limited to informal terms and lists, either. Even botanical names (scientific names) are subject to disagreement. Some scientists would add to the list of plants in B. oleracea. Others would subtract or rearrange entirely based on genetics. As classification begins to take recent findings in molecular biology into account, disagreements grow. We can clear up some confusion by exploring the concept of a species.

Most botanists and plant scientists agree on the following definition of a species: a group of living things that can interbreed and produce healthy, fertile offspring. In other words, researchers consider two plants one species if:

Kale, collards, kohlrabi, cabbage, Brussels sprouts, broccoli, and cauliflower all pass this test. As a result, they are a single species.

One Species, Many Varieties

Clearly, the members of Brassica oleracea exhibit different physical traits. This is because Brassica breeding has been going on for millennia. Sanskrit texts from 2000-1500BC contain references to cultivation in India. Greek texts date Mediterranean Brassica forming back to the 6th century BC.

Ancient farmers bred wild varieties to enlarge different parts of the plant. Kale and collards are varieties with larger, longer leaves. Broccoli and cauliflower are huge flowering heads. Cabbage and Brussels sprouts are enlarged leaf or stem buds. Finally, kohlrabi has been selected for its thickened stems.

Because of the obvious differences in form and use, each member of B. oleracea is also given a variety name (var). This helps to distinguish them for horticultural purposes and for use in scientific literature. Below are examples of some variety names in B. oleracea.

Some B. oleracea varieties and their common names

If the scientific names you remember differ from the ones above, don't worry. You're not alone. The confusion over botanical nomenclature (naming) is rampant in gardens and classrooms alike.

Botanists and horticulturists often prefer the most recent and scientifically defined term, Brassica. And while this name is a current taxonomic genus, its members change often. Brassica is a difficult group to classify due to a long history of cultivation and hybridization. New discoveries in genetics mean that the taxonomic system is being rearranged frequently. Still, most horticulturists agree that the following species belong in genus Brassica: 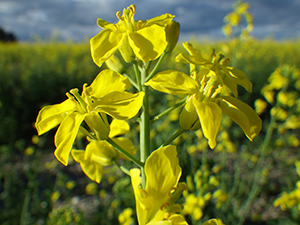 Flowers of a member of the B. rapa species.
Photo by Matt Lavin, some rights reserved (CC BY-SA 2.0).

Many older group names, such as "cole crops" and "crucifers", are informal or historical. Regional groups and certain occupations tend to use these out of tradition and convienience. Cole crop is a term used often in agriculture. It usually describes plants cultivated using similar methods. Cruciferous vegetable is a phrase that originally referred to a taxonomic family, Cruciferae. Though considered synonyms, modern texts often choose Brassicacea over Cruciferae. Thus, "cruciferous" remains a popular term, especially in culinary texts and diet plans.

Whichever name you use, UF/IFAS Gardening Solutions has dozens of cole crops to add to your garden. For more information about vegetable gardening, contact your county Extension office. 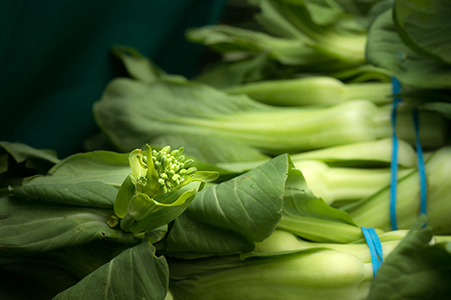