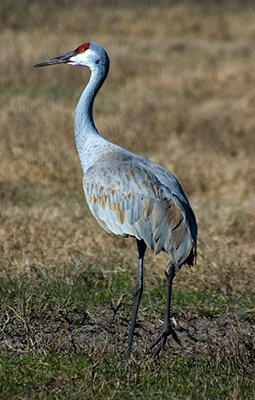 Many birds come to Florida to spend their winters in the warmer weather. As they journey to and from our state, gardeners often notice these transients. Whether you hear the overhead calls of the sandhill cranes as they fly by, or you see the massing of robins at your bird bath, you may wonder who these visitors are. We have a rundown of a few of the migratory feathered friends you may see overwintering in Florida.

Sandhill cranes are recognizable for their bright red heads, but did you know that bit of red on their heads isn’t feathers? It’s a bald patch where their red skin is visible! 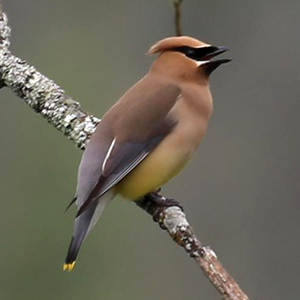 Cedar waxwings forage and migrate in flocks. If you watch them foraging, you may see them hover briefly in the air, plucking berries from plants or snapping insects off foliage; they even catch insects in mid-air. Their time in Florida coincides with the time many fruits are ripening, and these birds can be a real problem for farmers — particularly blueberry farmers.

These nomadic birds move about irregularly; their areas of preference can change from year to year, so you may not always see them. If they're in your area you should be able to hear the thin, lisping cries from these social birds that travel in large flocks, ranging in number from dozens to hundreds.

Cedar waxwings are quite colorful. Their heads are light brown with black markings and a black beak. Their bodies transition from brown to a gray-blue color at the tips of their tails and their stomachs are yellow. 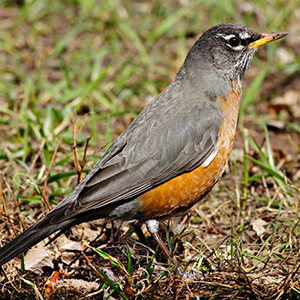 American robins are often noticed running and hopping across lawns in large groups. These black birds have yellow beaks and orange breasts. Their roaming flocks are quite large and as they migrate, they concentrate around food sources. American robins are known for their rich caroling. They eat a diet of mostly insects, berries, and earthworms.

Enjoying the migratory birds as they come to our state during the winter is one of the many joys of living in Florida.