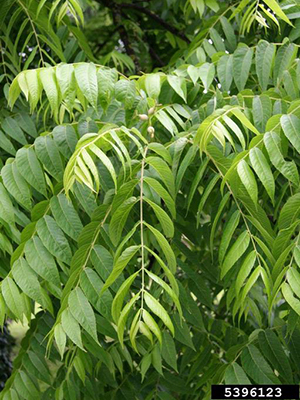 You may have heard that you shouldn’t plant a black walnut tree in your garden, but have you ever wondered why? Allelopathy explains why some plants won’t grow around others.

Allelopathy is the word that describes the chemical methods one plant uses to benefit or harm other plants growing in the area. These chemicals are sometimes referred to as allelochemicals.

As a concept, allelopathy has a long history, but the word “allelopathy” was only coined in 1937 by Hans Molisch, an Austrian plant. The Greek words “allelon” which means mutual, and “pathos” which means either suffering or feeling, make up the word allelopathy. While some focus on just the suffering part (pathos) to define allelopathy, others focus on both the negative and positive effects of allelopathy.

There are several examples of allelopathy—some of which you should consider when planting your garden.

Black walnut is notorious for its allelopathic effects on the plants around it. This tree is known to inhibit the growth of many other trees, shrubs, and herbaceous plants. Plants that have been suppressed by black walnut trees include basswood, birch, pine, hackberry, azaleas, and plants in the nightshade family, which includes vegetables like tomatoes and potatoes.

Eucalyptus and neem trees have a negative effect specifically on wheat, if it's grown within about 16 feet of the trees. There are also trees that have allelopathic effects on general types of plants. For example, hackberry trees suppress all sorts of grasses. Other trees like this include pines, planetrees, maples, hackberrys, and sumac trees.

Allelopathy in the Garden

Some plants are used for their negative allelopathic effects because they are actually beneficial for gardeners. For example, rye, fescue, and wheat suppress certain weed growth when used as a cover crop or when old parts of the plant are retained as mulch (in this practice the mulched plant parts are referred to as residue). When sunflower and buckwheat are grown as a cover crop, their residues reduce weed pressure in fava bean crops. Jerusalem artichokes have also been observed having residual effects on weed species.

And then there are plants like sunn hemp (Crotalaria juncea) that may cause a problem in your vegetable garden. Studies have shown that sunn hemp as a cover crop could potentially inhibit the growth of lettuce and vegetable seed germination.

Even the edible plants in your garden could be having a negative allelopathic effect on each other. For example, this UF/IFAS publication reports instances of broccoli residue interfering with the growth of other cruciferous vegetables that are planted afterwards. 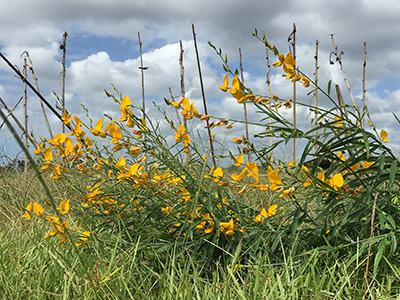 Sunn hemp (Crotalaria juncea) is a fast-growing legume used as a cover crop.

There is a lot still to learn about this interesting topic, and research continues on the allelopathic effects of plants.