Every pursuit has its myths and legends; gardening is no different. From sure-fire fire ant treatments to tree-killing moss, the tall tales passed along in gardening circles offer plenty of intrigue.

Here are some of our favorite garden myths, along with the grains of truth that inspired them. 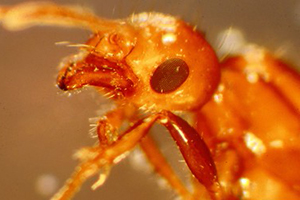 Alas, if only it were true! Neither grits, nor soap, soda water, diesel, or citrus peels will bring an end to the fire ant nest. Shoveling ant mounds together to incite a fire ant civil war, while certainly dramatic, is also ineffective. Some treatments may encourage the ants to move, but they rarely move far.

Club soda is another common home remedy for fire ants. As the reasoning goes, the carbon dioxide from the bubbles suffocates the ants in their tunnels. While the logic is appealing, in actual practice this treatment has little to no effect. The origin of this myth is misunderstood advice given by Walter Reeves, a Georgia Extension agent. Reeves was not suggesting that the soda would work, but a couple misquotes later he was famous for the club soda cure-all. The moral of the story? If a home remedy sounds too good to be true, call your county Extension office.

Unfortunately, there is no known way to permanently eliminate fire ants from an area. To control fire ants, we recommend boiling water, protecting the native competitor ant species, and using garden-specific baits and contact pesticides only as needed. You can learn more in the UF/IFAS publication Managing Imported Fire Ants in Urban Areas. 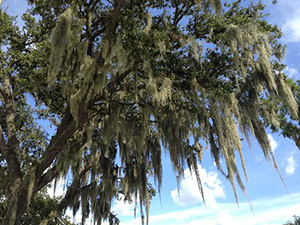 Spanish moss is a harmless air plant called an epiphyte, not a parasitic plant. The only benefit the moss receives from its host tree is support. It clings tightly to branches, but the roots do not pierce the bark or rob the tree of any nutrients.

We believe this myth began when homeowners observed that dying trees often contain significantly more Spanish moss than healthy trees. While this is true, it is not because the moss is causing the tree to decline. Rather, as large trees die from other causes, they lose leaves. Fewer leaves means that more light filters through the canopy. Spanish moss, like all other plants, harness the energy of light to grow. In this case, more light means more Spanish moss. It's true that a heavy load of moss might shade lower branches of the tree. Generally though, healthy trees grow much faster than moss and shade from moss isn't an issue.

Heavy loads of Spanish moss can occasionally weigh down tree limbs. If you're concerned about the weight of the moss, or just don't like the look, it can be removed by hand. Be careful though — Spanish moss is often home to insects and wildlife. Removing it from your trees might be a job you'd prefer to offer a trained arborist. 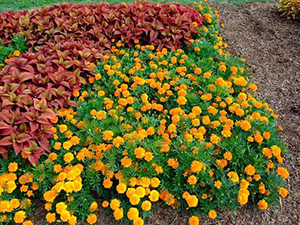 It is true that many marigolds produce the chemical alpha-terthienyl. It is also true that this substance has been shown to reduce certain populations of plant-parasitic nematodes. This, however, is where the good news ends.

Marigolds aren't magic. Simply planting them alongside another crop (intercropping) has not been shown to reduce nematode populations. To ward off nematodes, marigolds must be planted as a cover crop at least two months before planting the desired crop. The cost of planting these cheery annuals as a cover crop is considerable, too. Planted at 7 inches apart, it would cost roughly $20 to cover a 10' x 10' vegetable garden bed with marigolds. And that's only if you buy seeds and then raise your own marigold transplants. Direct seeding or purchasing transplants is even more expensive.

Finally, tilling marigold plants or marigold byproducts into the soil is not an effective control, either. Alpha-tertheinyl is only produced by living marigold root tissue and becomes inactive when exposed to sunlight. If you're desperate to reduce nematode populations, let the sun work to your advantage with soil solarization.

UF/IFAS is Here to Help (TRUE!)

The good news is that the Master Gardener Volunteers are here to help. Contact your county Extension office and our local Extension staff and volunteers will be happy to offer research-based and time-tested solutions to all your gardening dilemmas.